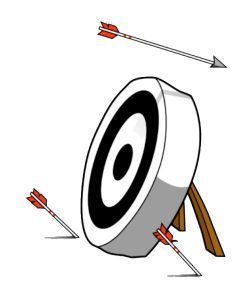 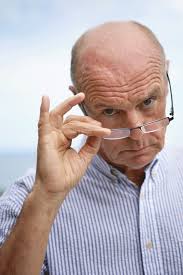 END_OF_DOCUMENT_TOKEN_TO_BE_REPLACED

The aim of this study was to consider the following:

An attempt was made to follow up all 1071 entrants to the 10 studies, of whom 125 were not available to be contacted. Of the 946 who were available, 489 agreed to participate (46% of original entrants, 52% of those available to contact).

Follow-up interviews took place between 1999 and 2003, 2–14 years after the original treatment. Interviews for Trials 1–8 were conducted by a research psychologist blind to original treatment condition. Interviews for Trials 9 and 10 were conducted by community psychiatric nurses also blind to treatment condition. Case note reviews were completed following the interview.

Over half of the participants (52%) had at least one diagnosis at long-term follow-up, with significant levels of co-morbidity and health status scores comparable to the lowest 10% of the general population. Few participants had none or only mild symptoms (18%) and a significant proportion (30%) had subthreshold symptoms of at least moderate severity. Only 36% reported receiving no interim treatment for anxiety over the follow-up period with 19% receiving almost constant treatment. Patients with PTSD did particularly poorly. There was a 40% real increase in healthcare costs over the two time periods, mainly due to an increase in prescribing. A close relationship was found between poor mental and physical health for those with a chronic anxiety disorder.

Treatment with CBT was associated with a better long-term outcome than non-CBT in terms of overall symptom severity but not with regard to diagnostic status. The positive effects of CBT found in the original trials were eroded over longer time periods. No evidence was found for an association between more intensive therapy and more enduring effects of CBT. Long-term outcome was found to be most strongly predicted by the complexity and severity of presenting problems at the time of referral, by completion of treatment irrespective of modality and by the amount of interim treatment during the follow-up period. The quality of the therapeutic alliance, measured in two of the studies, was not related to long-term outcome but was related to short-term outcome.

Outcome was generally poor and only 10% achieved a 25% reduction in total PANSS scores from pretreatment to long-term follow-up. Nearly all participants (93%) reported almost constant treatment over the follow-up period at a significantly higher level than for the anxiety disorder patients. Treatment with CBT was associated with more favourable scores on the three PANSS subscales. However, there were no significant differences between CBT and non-CBT groups in the proportions achieving clinically significant change and very few psychosis patients maintained a 25% reduction in PANSS scores from post-treatment to long-term follow-up regardless of treatment modality.

Cost-effectiveness analysis showed no advantages of CBT over non-CBT. Healthcare costs fell over the two time periods mainly owing to a reduction in inpatient costs.

The implications for healthcare are:

Longitudinal research designs over extended periods of time (2–5 years), with large numbers of participants (500+), are required to investigate the relative importance of patient characteristics, therapeutic alliance and therapist expertise in determining the cost-effectiveness of CBT in the longer term.

A better understanding of the mechanisms by which poor treatment responders become increasingly disabled by multiple physical and mental disorders will require close collaboration between researchers in the clinical, biological and social sciences.

The research findings from the NHS R&D Health Technology Assessment (HTA) Programme directly influence key decision-making bodies such as the National Institute for Health and Clinical Excellence (NICE) and the National Screening Committee (NSC) who rely on HTA outputs to help raise standards of care. HTA findings also help to improve the quality of the service in the NHS indirectly in that they form a key component of the ‘National Knowledge Service’ that is being developed to improve the evidence of clinical practice throughout the NHS.

The HTA Programme was set up in 1993. Its role is to ensure that high-quality research information on the costs, effectiveness and broader impact of health technologies is produced in the most efficient way for those who use, manage and provide care in the NHS. ‘Health technologies’ are broadly defined to include all interventions used to promote health, prevent and treat disease, and improve rehabilitation and long-term care, rather than settings of care.

The HTA Programme commissions research only on topics where it has identified key gaps in the evidence needed by the NHS. Suggestions for topics are actively sought from people working in the NHS, the public, service-users groups and professional bodies such as Royal Colleges and NHS Trusts.

Research suggestions are carefully considered by panels of independent experts (including service users) whose advice results in a ranked list of recommended research priorities. The HTA Programme then commissions the research team best suited to undertake the work, in the manner most appropriate to find the relevant answers. Some projects may take only months, others need several years to answer the research questions adequately. They may involve synthesising existing evidence or conducting a trial to produce new evidence where none currently exists.

Additionally, through its Technology Assessment Report (TAR) call-off contract, the HTA Programme is able to commission bespoke reports, principally for NICE, but also for other policy customers, such as a National Clinical Director. TARs bring together evidence on key aspects of the use of specific technologies and usually have to be completed within a short time period.

Criteria for inclusion in the HTA monograph series

Reports are published in the HTA monograph series if (1) they have resulted from work commissioned for the HTA Programme, and (2) they are of a sufficiently high scientific quality as assessed by the referees and editors.

Reviews in Health Technology Assessment are termed ‘systematic’ when the account of the search, appraisal and synthesis methods (to minimise biases and random errors) would, in theory, permit the replication of the review by others.

The research reported in this monograph was commissioned by the HTA Programme as project number 96/39/18. The contractual start date was in January 1999. The draft report began editorial review in April 2004 and was accepted for publication in May 2005. As the funder, by devising a commissioning brief, the HTA Programme specified the research question and study design. The authors have been wholly responsible for all data collection, analysis and interpretation, and for writing up their work. The HTA editors and publisher have tried to ensure the accuracy of the authors’ report and would like to thank the referees for their constructive comments on the draft document. However, they do not accept liability for damages or losses arising from material published in this report.

The views expressed in this publication are those of the authors and not necessarily those of the HTA Programme or the Department of Health.